What you need to know

Female infertility is a common problem all over the world. It affects women of all cultures, countries, races, and economic status.

You are not alone. One in four couples experiences difficulty in starting or expanding their family. In fact, 6 million women in the United States suffer from infertility.

Infertility may be on the rise, but this is mostly because more individuals and couples are now seeking fertility care due to improved access to information about infertility treatment.

When to seek help

The recommendation for when to schedule an infertility evaluation is based on your age.

If you or your partner have a recognized cause for infertility, you should seek attention immediately.

How to know you might have a problem with fertility:

Many women have no indication they may have difficulty when they try to get pregnant. However, your body may let you know when something is amiss or not quite right. Pay attention to these common female infertility symptoms – indications that getting pregnant may be a challenge:

There are any number of reasons why a woman is unable to become pregnant, ranging from physical and hormonal problems to genetic and lifestyle factors.

Here are some of the more common causes:

Problems with the uterus

Problems with the fallopian tubes

Decreased egg count may result from aging, surgery, or cancer.

Some women lose eggs more rapidly than other women of the same age, and there is often no explanation or underlying cause.

Decreased egg count due to aging. Fertility begins to decline significantly in your mid 30s and accelerates in your late 30s. Some women experience a decline in fertility at a younger age. The main reasons you have a lower egg count as you age are: 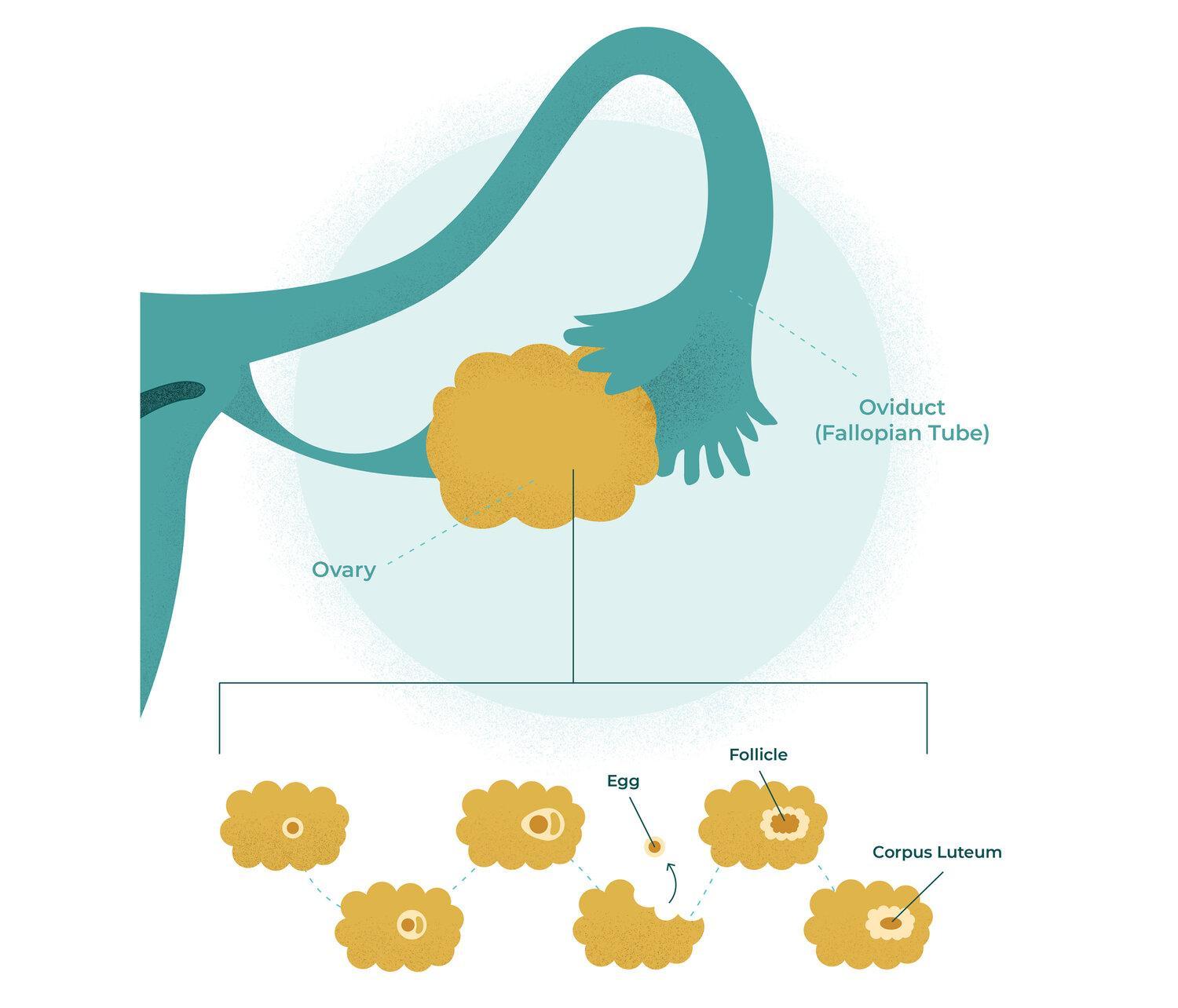 Aging can also have a negative effect on the quality of the remaining eggs.

Decreased egg count due to surgery. The removal of an ovary or multiple ovarian surgeries for ovarian cysts and/or endometriosis can decrease the egg reserves or lower egg count.

Decreased egg count due to cancer. The effect on fertility depends on the type of cancer and type of treatment. Radiation of the pelvis or chemotherapy can impact or damage eggs. This may result in a marked decrease in the number of available eggs and the woman’s future fertility. For more information on cancer and fertility, see our information on Fertility Preservation.

Ovulatory dysfunction will be identified in approximately 15% of all infertile couples and accounts for up to 40% of infertility in women.

Here are some of the issues that can cause problems with ovulation:

Thyroid dysfunction may result from either an underactive or an overactive thyroid.

With hypothyroidism, your thyroid gland doesn't produce enough of certain important hormones. Low levels of thyroid hormone can interfere with the release of an egg from your ovary (ovulation), which impairs fertility.

With hyperthyroidism, your thyroid gland is overactive and produces too much of the hormone called thyroxin. This can also interfere with ovulation.

Hyperprolactinemia is a condition in which the blood has a higher-than-normal level of the milk hormone prolactin, produced by the pituitary gland in the brain. The increased production can lead to lack of ovulation in women.

Polycystic ovary syndrome (PCOS) is a life-long health condition that impacts 5 to 10 million women and girls in the US. It’s the leading cause of infertility, as well as health issues such as increased risk for diabetes and endometrial cancer. Support is available through PCOS Challenge, the National Polycystic Ovary Syndrome Association organization that provides a national network for information.

Hypogonadotropic hypogonadism (HH) is a condition in which the signaling from the brain (follicle stimulating hormone or FSH, and luteinizing hormone or LH) is very low. These women have low levels of estrogen and are not ovulating. This may be associated with low body weight, eating disorders, and excessive exercise. HH is not common and is seen in a small number of patients. Typically, a woman with this condition has good to excellent egg reserves.

Ovarian surgery includes both the removal of an ovary and multiple ovarian surgeries for ovarian cysts. It can cause dysfunction and is associated with a decreased egg reserve or lower egg count.

Problems with the uterus or fallopian tubes

Several uterine factors can contribute to difficulty in achieving or sustaining a pregnancy.

Fibroids or adenomyosis are benign growths/tumors of the muscle wall of the uterus (Figure 2.2). Their size and location determine the impact on fertility. Problems may include a decreased ability to conceive as well as an increased risk of miscarriage and pre-term birth.

Endometrial polyps are fairly common. An endometrial polyp is a benign growth of the lining of the uterus (Figure 2.3). Polyps decrease implantation rates and may increase the risk of miscarriage.

Intrauterine adhesions or “scar tissue” in the uterus may affect the ability for the uterus to generate normal healthy endometrial tissue each month. This may be associated with prior surgical procedures of the uterus. 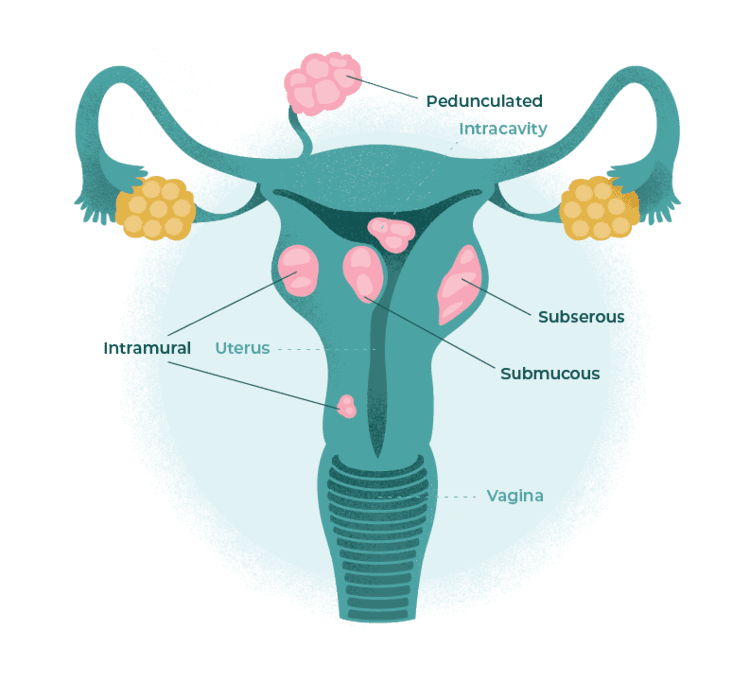 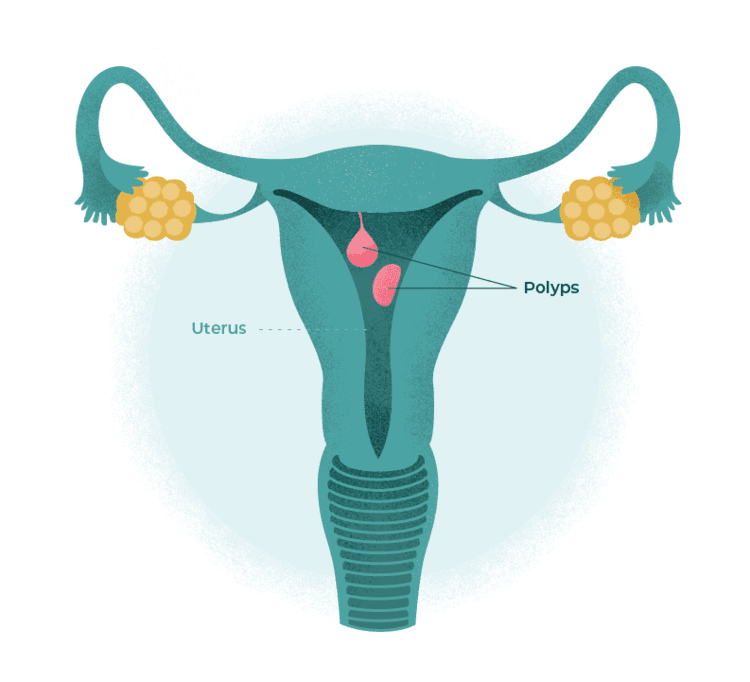 Problems with the fallopian tubes are a common cause of infertility.

Normally the sperm fertilizes the egg in the distal portion of the fallopian tube. The fertilized egg, now called an embryo, begins to divide and over the course of five days, travels through the fallopian tube to reach the uterus.

Types of tubal blockages include:

Proximal occlusion. This type of blockage is located at the junction of the uterus and fallopian tube. It may be attributed to spasm of the fallopian tube or mucus and debris plugging the tubal opening, as well as true scarring of the tube.

Distal tubal occlusion. This type of blockage occurs at the end of the tube. It is commonly caused by a prior pelvic infection such as chlamydia, gonorrhea, pelvic inflammatory disease (PID), or prior tubal surgery. This type of damage to the fallopian tube disrupts fertility by preventing the tube from “picking up” the egg at the time of ovulation. Sperm and egg are not able to interact. Additionally, the blocked “swollen” fallopian tube (hydrosalpinx, Figure 2.4) contains fluid which egresses into the uterine cavity and inhibits the ability for the embryo to implant and develop into a healthy pregnancy. The best treatment option is removal of the tube(s) followed by IVF. 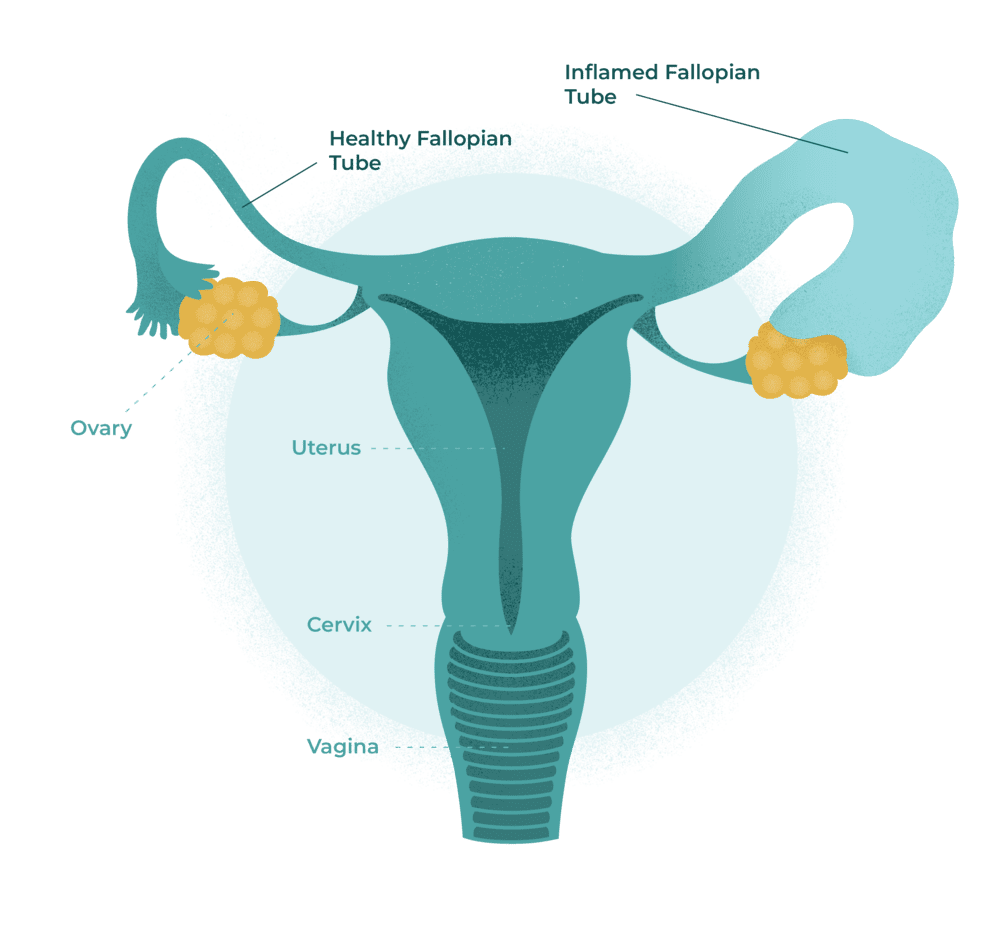 Endometriosis occurs when the tissue that lines the endometrial cavity implants outside the uterus. Endometriosis may involve the ovaries, fallopian tubes, or intestines.

The most common symptoms are pain and menstrual irregularities. It affects 10% of women of reproductive age (Source:  Rogers, 2009). The true incidence is hard to identify since many women are asymptomatic and only diagnosed in relation to infertility.

Endometriosis is classified into one of four stages: 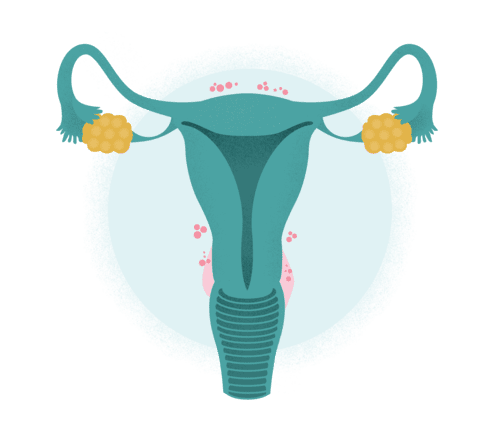 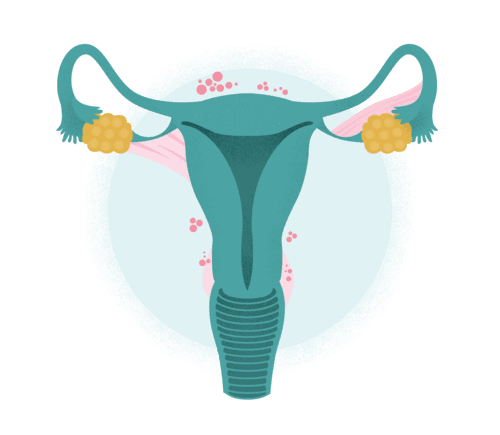 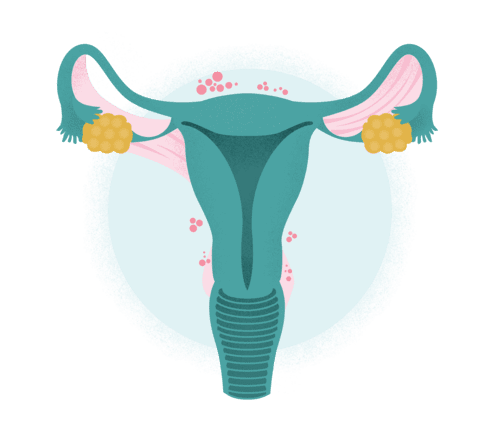 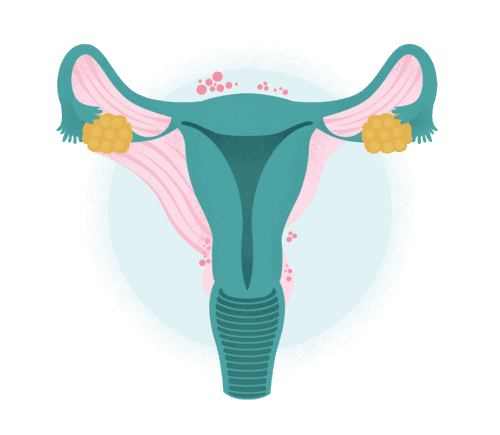 Figure 2.5 The four stages of endometriosis.

Stage I (minimal). A few small implants, small wounds, or lesions may be found on your organs or the tissue lining your pelvis or abdomen. There’s little to no scar tissue.

Stage II (mild). There are more implants than in Stage I. They’re also deeper in the tissue, and there may be some scar tissue.

Stage IV (severe). This stage has the most extensive and widespread disease. The findings are similar to Stage III disease but also may involve adhesions of the colon to the posterior aspect of the uterus. This disrupts the normal anatomy significantly and makes natural conception very unlikely.

The “gold standard” for diagnosis of endometriosis is through laparoscopic surgery.

Research consistently shows that lifestyle factors — what you eat, how well you sleep, where you live, and other behaviors — have profound effects on health and disease.

Fertility is no exception.

A few of these factors include:

If you suspect you might be infertile, the next step is to have your doctor evaluate your medical history and perform a physical exam. Most of the tests and procedures involved relate to ovulatory dysfunction and egg count.