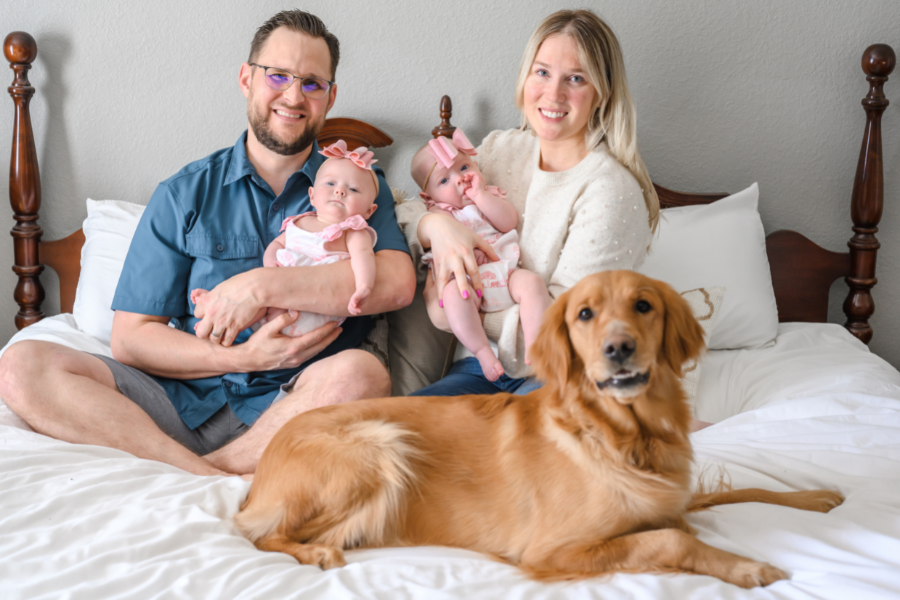 After giving birth to their (surprise!) identical twins last October, Brooklyn and Brielle, Carissa shared her story of their experience with effortless IVF®.

This time, we’re hearing from Matt on what that journey was like for him.

I grew up in the Dallas area, and my wife is from just outside of Austin. We met a little over 10 years ago as we were both finishing grad school.

At that time, my parents owned an alpaca farm, and as my wife likes to recall, my pick-up line went something like, “Have you ever heard of an alpaca!?”

She either really liked alpacas, or she liked me well enough to continue dating me, but either way, here we are 7 years later, happily married (but no more alpaca farm). 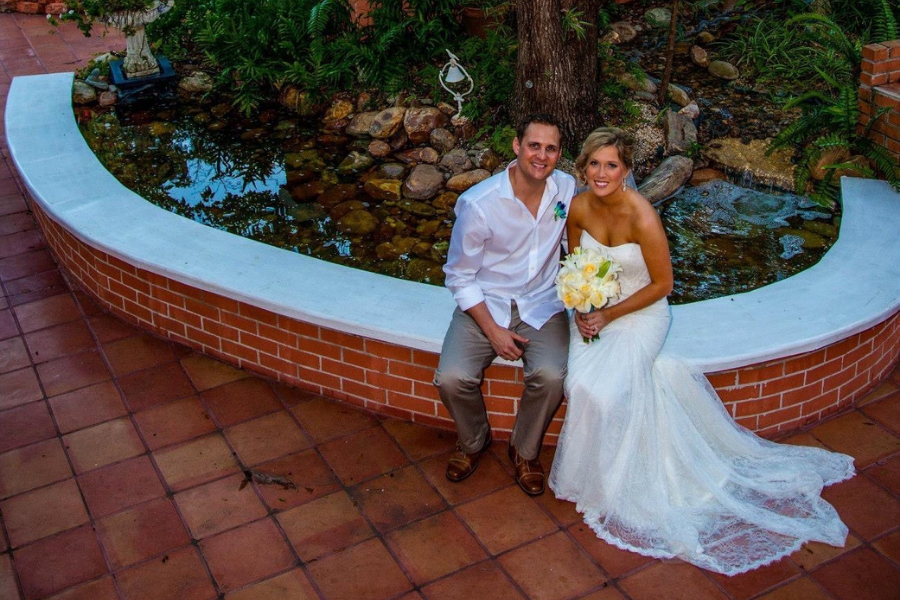 About 3 years ago, we decided we were ready to start our family, but unfortunately that was not an easy process for us. After probably a year of trying naturally, we decided we might need to seek medical advice.

With my wife’s family history of endometriosis, we both assumed our issue might be related to that. But after several appointments and tests, we still did not have a clear understanding as to why we weren’t able to get pregnant.

Up to that point, testing had been focused on potential female infertility issues, so we decided that I should also see a doctor.

That’s when we discovered that our infertility problem was actually due to a male factor.

While that gave us somewhat of a better understanding of our difficulties, it also felt like a new mountain to climb in our journey.

Because of my infertility issue, we knew we weren’t going to be able to naturally have a baby, but we still wanted a family. Our options came down to adoption or using a donor. Though both of those options were difficult to consider, we decided the donor option was best for our family.

At that time, my mindset changed, and I took on a new mantra, which was simply, “this baby isn’t necessarily from me, but it’s intended for me”.

I knew the situation was out of our control, but we knew we had plenty of love to give, and we were ready to start a family. 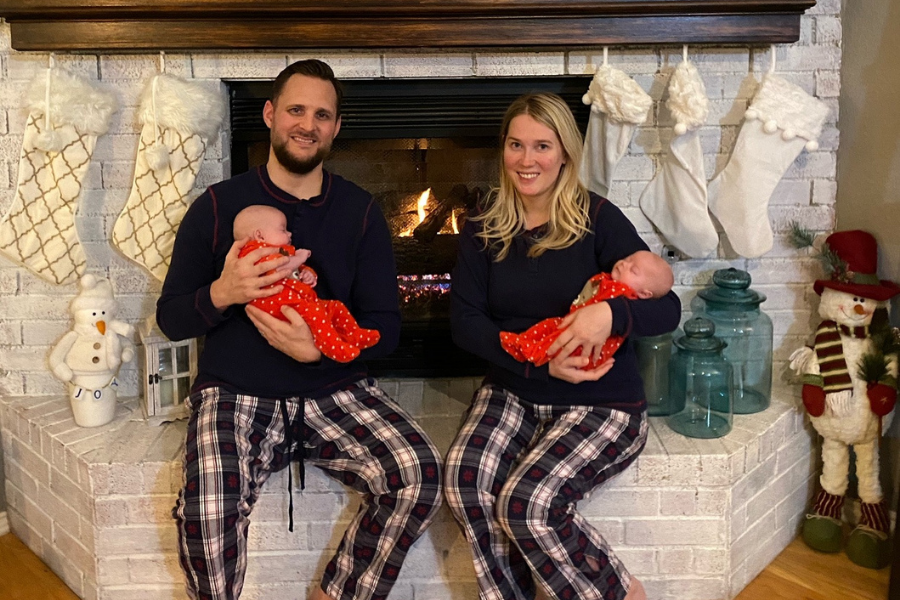 Our main concern was the additional time this process might take. The costs of infertility treatments can be very high, so because of that, we tried a few rounds of IUI procedures. Unfortunately those attempts also failed, so an IVF procedure was our next option. That’s when we turned to effortless IVF®.

My wife had heard about effortless IVF® through various support groups, and it seemed like a great option for us. Compared to traditional IVF procedures, effortless IVF® seemed to be much more affordable.

We also thought the process of my wife internally storing the INVOCELL device during the fertilization process made it seem a little more natural. 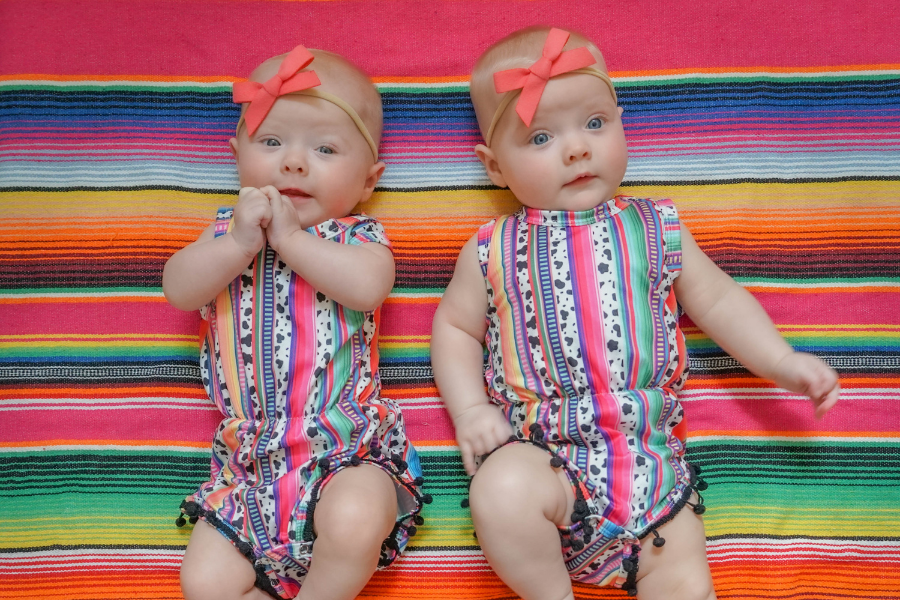 Infertility in general is often not openly discussed, but male factor infertility issues seem to be even less widely known, and not as often considered by couples who are struggling to get pregnant.

Knowing what we do now, we probably would have pursued medical advice and assessments for male factor infertility much sooner in our process.

Over the 3+ year process of starting our family, there were many low times filled with sadness and frustration -- times when I questioned, “Why me? Why us?” We’ve definitely been through a roller coaster of emotions. But through it all, my wife and I were always there for each other. We are also very fortunate to have a great support system through our family and friends.

I just accepted that this was one of those situations that was bigger than me, and bigger than us. Rather than worry about what was out of my control, I focused on what I could control. But we never stopped believing, and we never lost hope.

And now, I know I know my wife and I are much stronger as a couple as a result of our journey, and we have not one but two beautiful babies. 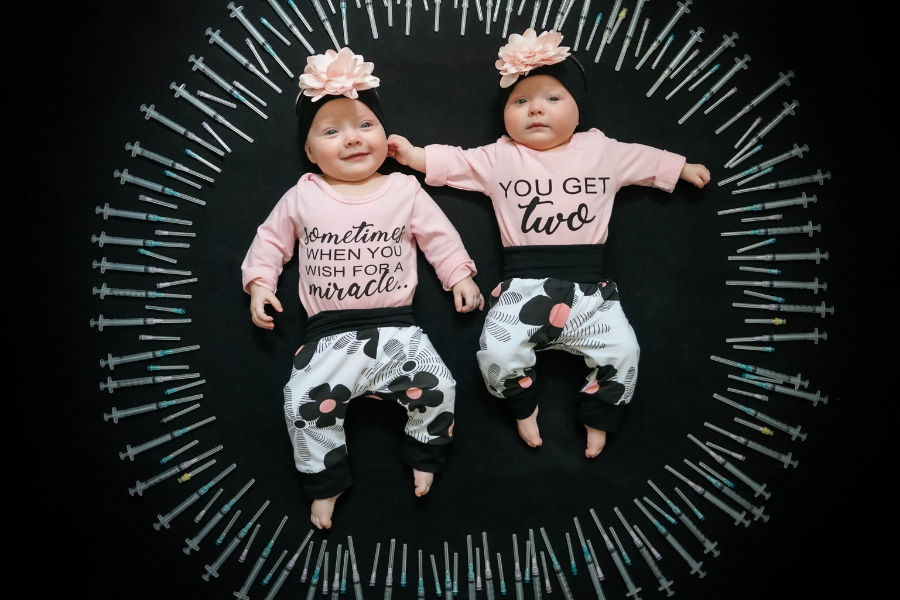 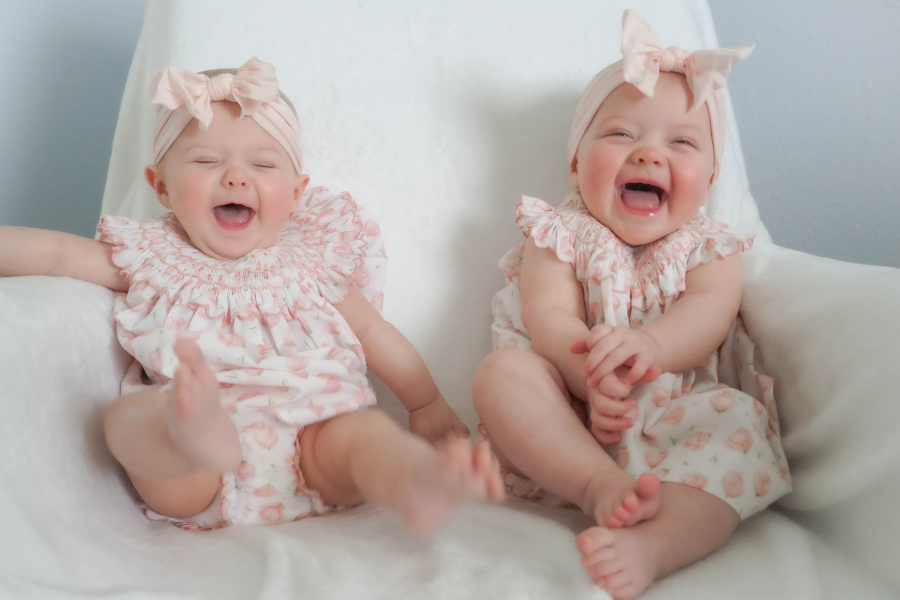 To other men dealing with male factor infertility, I would say, always try to stay positive. Lean on those who are there to support you.

There are so many people out there going through similar challenges, so know you are not alone. 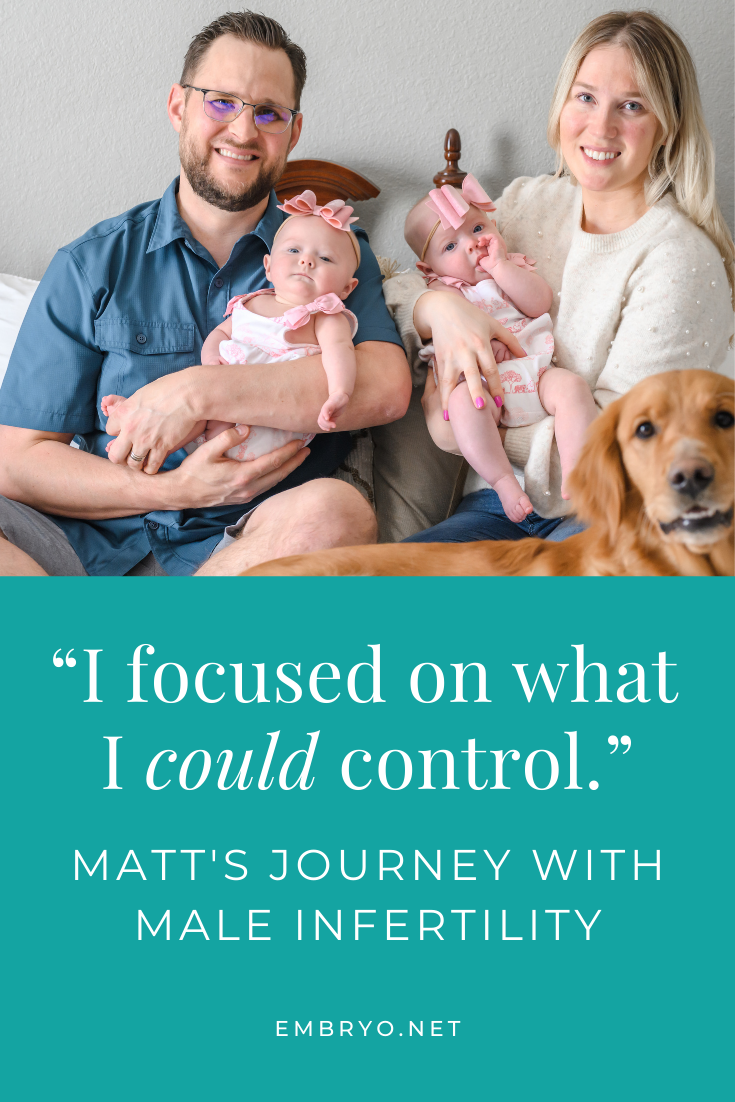