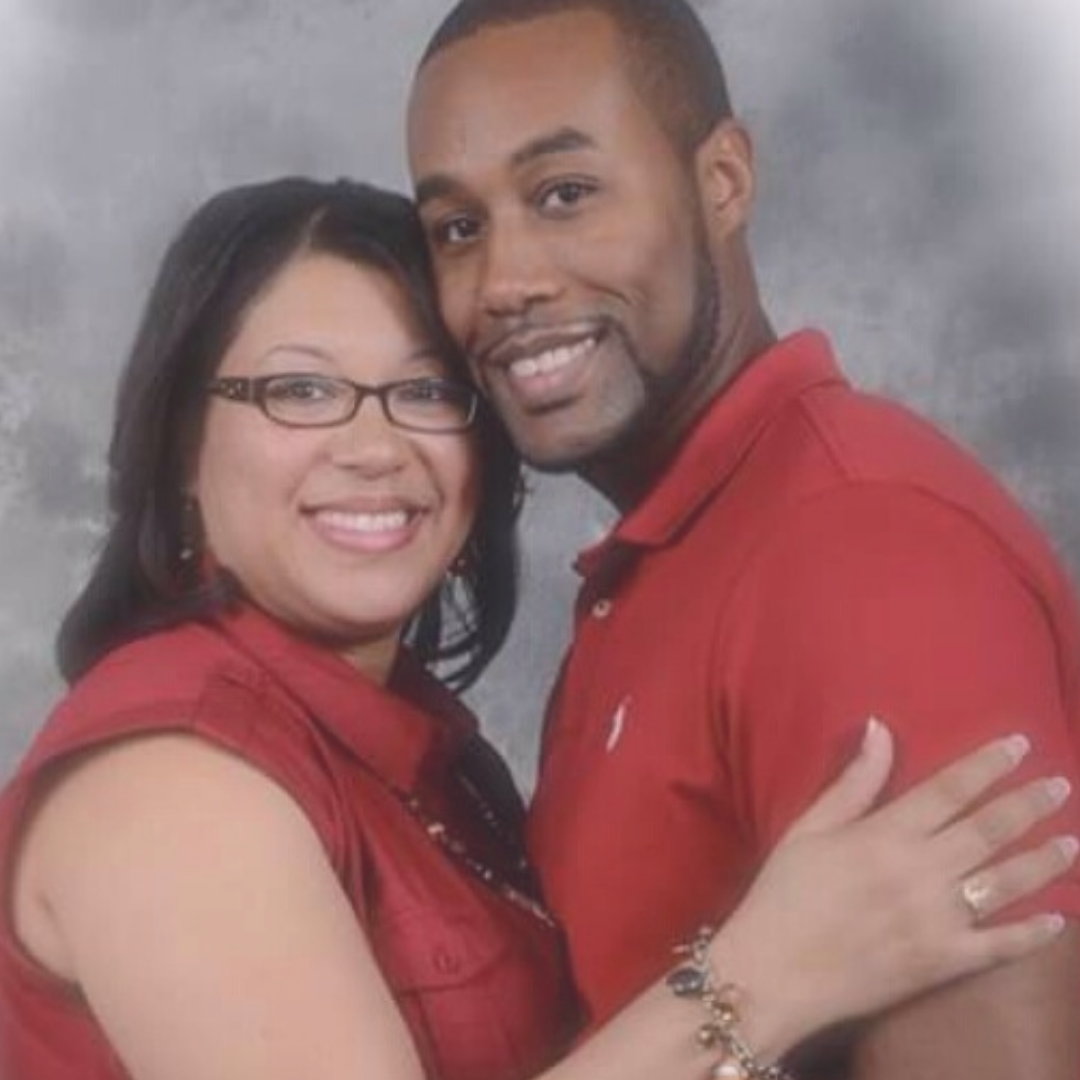 Robert and Crystal Gaines have been married for 15 years. The first ten of those years were filled with love, hard work, and the heartbreak of unsuccessful pregnancy.

Crystal was able to get pregnant - and did, ten times. But tragically, she wasn’t able to carry a pregnancy to term.

Recurrent pregnancy loss and tubal pregnancies took their toll on Robert and Crystal, emotionally as well as physically. Crystal endured surgeries and endless tests and examinations. Their doctors were unable to identify what was causing her to lose her pregnancies.

Still, Robert and Crystal weren’t willing to give up on their dream of having a family.

They knew they needed to try something else. Their doctor suggested they turn to CARE Fertility for a different kind of help.

When did you first start trying to get pregnant? What was the process you went through in that effort?

Crystal:  We actually got pregnant on our own. When I told Robert, he was so excited! We both were. One or two months down the road, the pregnancy ended. From there, it just went on and on with us getting pregnant and losing the babies. We struggled for ten years. This last pregnancy is actually my 13th.

That’s a long journey. How did you end up at CARE Fertility?

Robert: We kept hearing over and over, “We don’t know what’s wrong with you.” That was hard to take in as a couple; trying to have children, but they couldn’t find what was wrong.

Crystal: The first ten pregnancies — we lost all of them. It was a struggle and very emotional because we would get excited and think “Oh, this is it! This is it!” only to find out it’s not going to be successful. At one point, I had to have emergency surgery because my tube had ruptured. I got pregnant again, lost that baby, and ended up losing my second tube.

My doctor told us it was “time to look outside the box” and that she felt the doctors at CARE Fertility could assist us better with my situation.

How did you end up doing what became effortless IVF®?

Crystal: As my husband and I looked down at the paper with the figures on it [for traditional IVF], I said, “It’s very expensive.” Then Dr. Doody told us there was another option. At that time, it was a case study.

Robert: We talked about it and agreed to go that route. We had peace about it, we prayed about it, and it all worked out wonderfully! 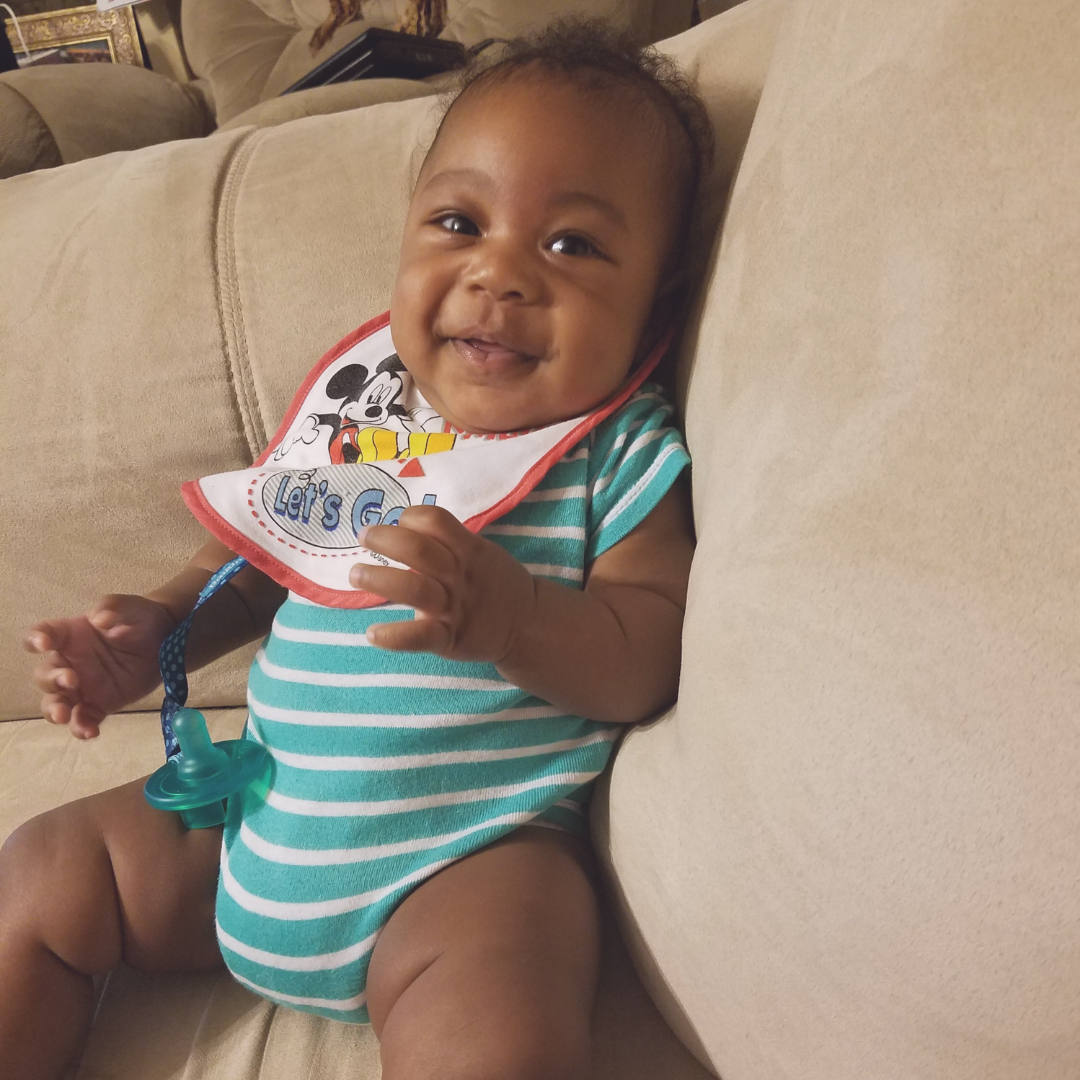 You live in Louisiana, and our practice is based in Dallas-Fort Worth. What was it like to commute all that way for your treatments?

Crystal: I wasn't concerned about that at all. I love to drive and can drive anywhere. The accessibility was not a problem at all. I could get up in the morning, drive to my appointments, and be back in time for dinner.

One of the nice things about effortless IVF® is that you don't have as many appointments, so that actually makes it possible for someone to get treated even if they live out of state.

Robert: It was very accessible to go back and forth, but we were at a point where it didn’t matter where we had to go. We were on a mission. And once my wife started singing, oh, the time just flew by! 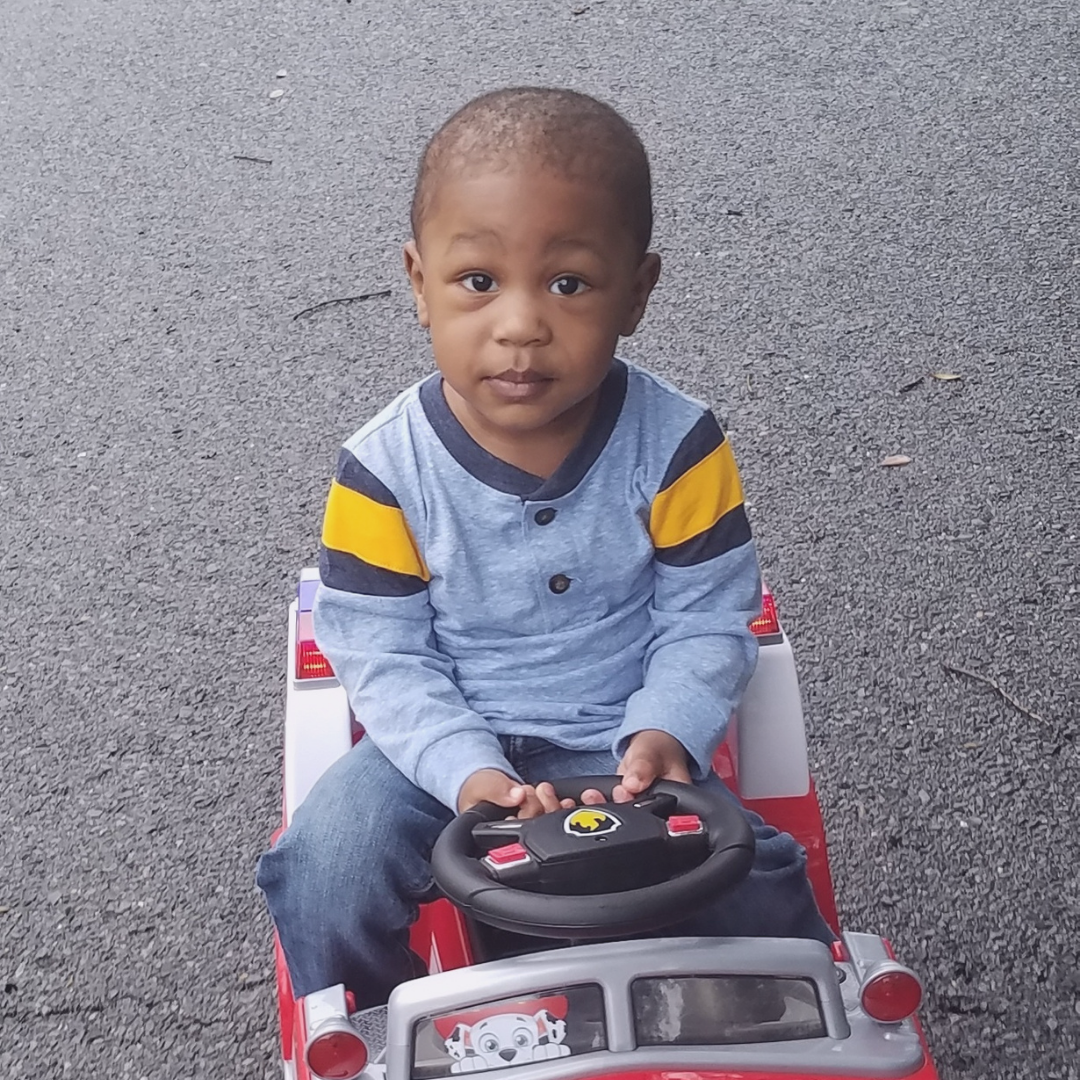 You went through the process back before the FDA had approved the INVOcell device, so you were guinea pigs. How do you feel about that?

Robert: I love it!

Crystal: When you had gone through what we had, we were at the point where we were desperate. We were willing to try anything to get the result we wanted.

When you started the process, were you worried that it wouldn’t work? What were your thoughts?

Robert: I was worried more for our emotional state than I was about it not working. We had gone through so much that when we received the news that Crystal was pregnant, we weren’t ready to share the information for fear it wouldn’t last.

I’d like to talk for a minute about helping people understand how their words affect people who are trying. They say, “Hey, what’s taking you so long?” or “When are you going to have kids?” I think it would be good to create awareness and let people know that even though they don’t mean to, their words can leave a deep emotional scar for people who are really trying. 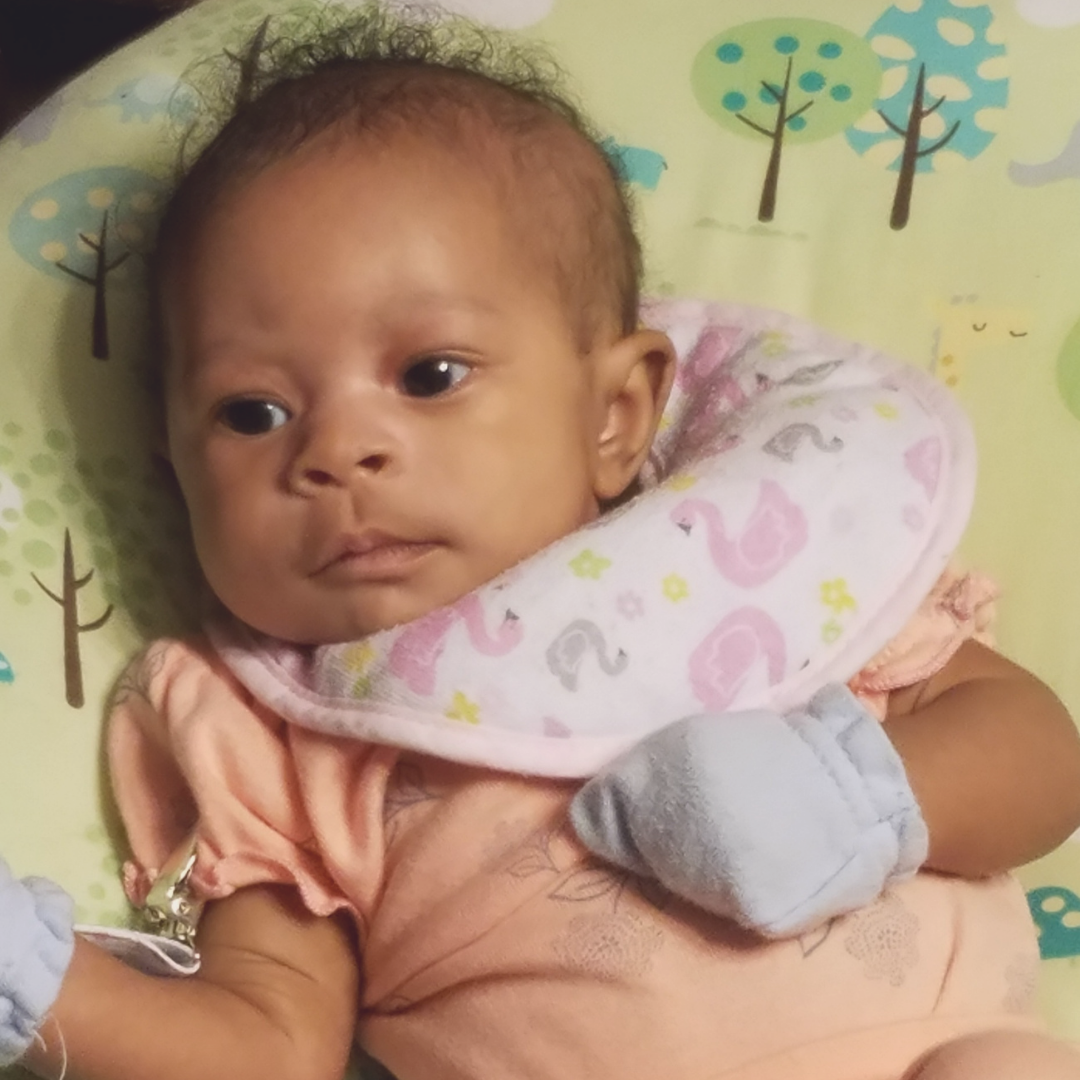 Many people feel that the guys aren’t suffering or emotionally burdened from this whole process. But it does affect you, right?

Robert: To see my wife struggle and go through as much as she was going through, it took a big toll on me as a man. As men, we like to fix, we want to have a solution to the problem. It affected me deeply. There would be times that I would get emotional and I would cry, but not at home. I didn’t want my wife to see me affected by what was going on.

I still had faith that God said He would do this, that we would have kids. So, because of that, we kept pushing forward. That’s all we had at the time we met the Doodys  — the faith we had in God.

What advice would you give to other couples going through this tough fertility process?

Robert: If I could do it over again, I would be more open about how I was feeling to my wife rather than getting away to cry. She knew it affected me, but it’s totally different when you’re open and vulnerable enough and communicate that to your wife.

As a man, I’m very appreciative of what CARE Fertility has done. How they have dedicated their life’s work to help. Without CARE Fertility, my faith, and without God using them, I wouldn’t have a family.

Crystal: I would say, don't be afraid to think outside of the box or even look across state lines for the right doctor. You might not find the options you need in your hometown. The journey was worth it, both figuratively and literally! 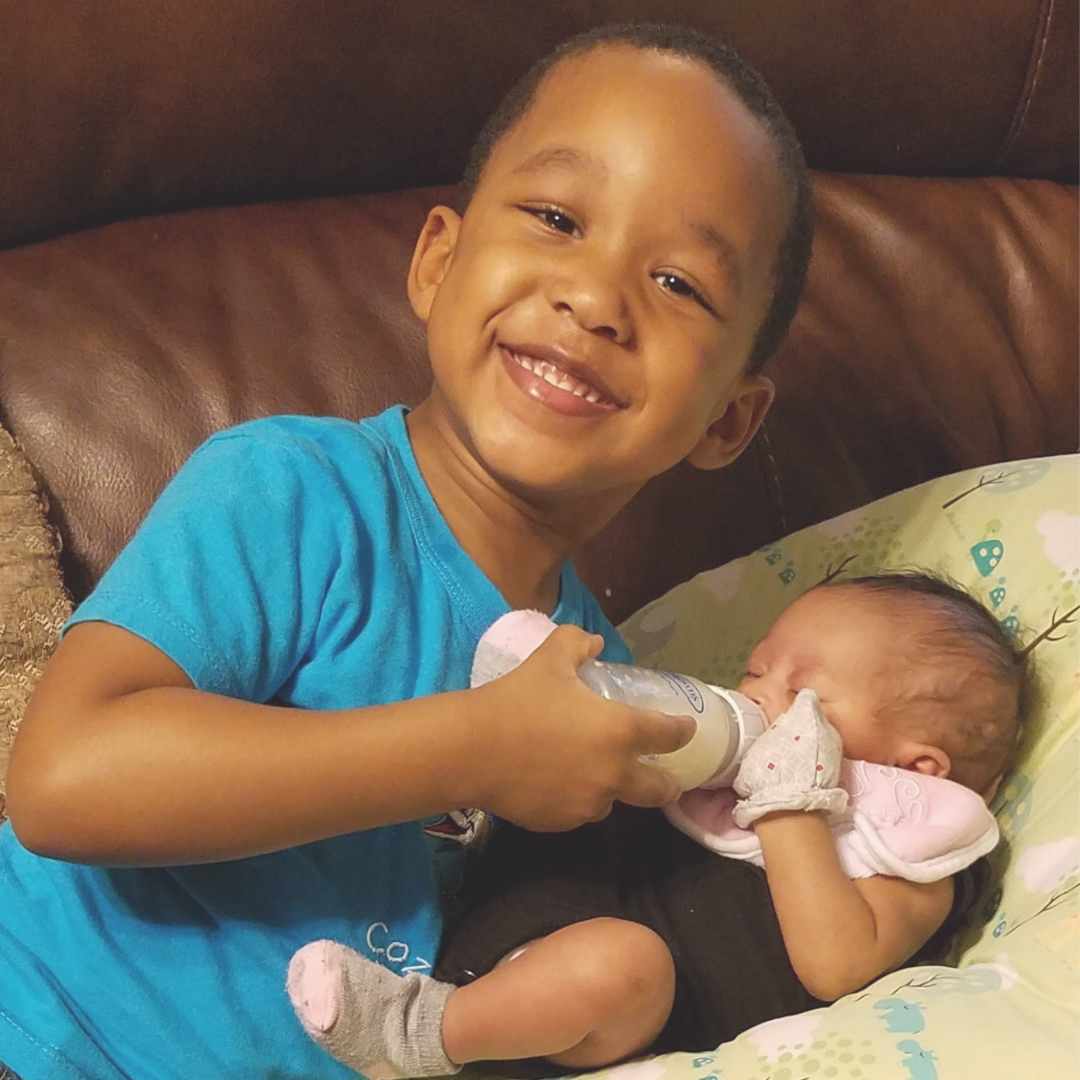 With the help of CARE Fertility and effortless IVF®, Robert and Crystal became parents as Robert, Jr. was soon followed by Braylen. Their family and hearts expanded again to make room for one more in August with the arrival of their baby girl Amari Elise.

All three of their children were conceived with one cycle of effortless IVF®.

We are excited to announce that CARE Fertility has partnered with KTBS in Shreveport, Louisiana to offer a free cycle of effortless IVF® to one lucky couple in their broadcasting area called Ark-La-Tex.

Ark-La-Tex is where the Southern U.S. states of Arkansas, Louisiana, and Texas join together. The region contains portions of Northwest Louisiana, Northeast Texas, and South Arkansas as well as the extreme southeastern tip of Oklahoma, partly centered upon the Red River.

Enter to win by January 4, 2021. Go to effortlessivf.com/BabyDreaming for details!

We have 3 locations in the greater Fort Worth area

Please note that weekend hours are available only for patients currently undergoing treatment. Office hours are occasionally subject to change.