Lacey & Ryan Ogden’s success story: One couple from Oklahoma City reflects on their journey from loss to pregnancy with effortless IVF®. 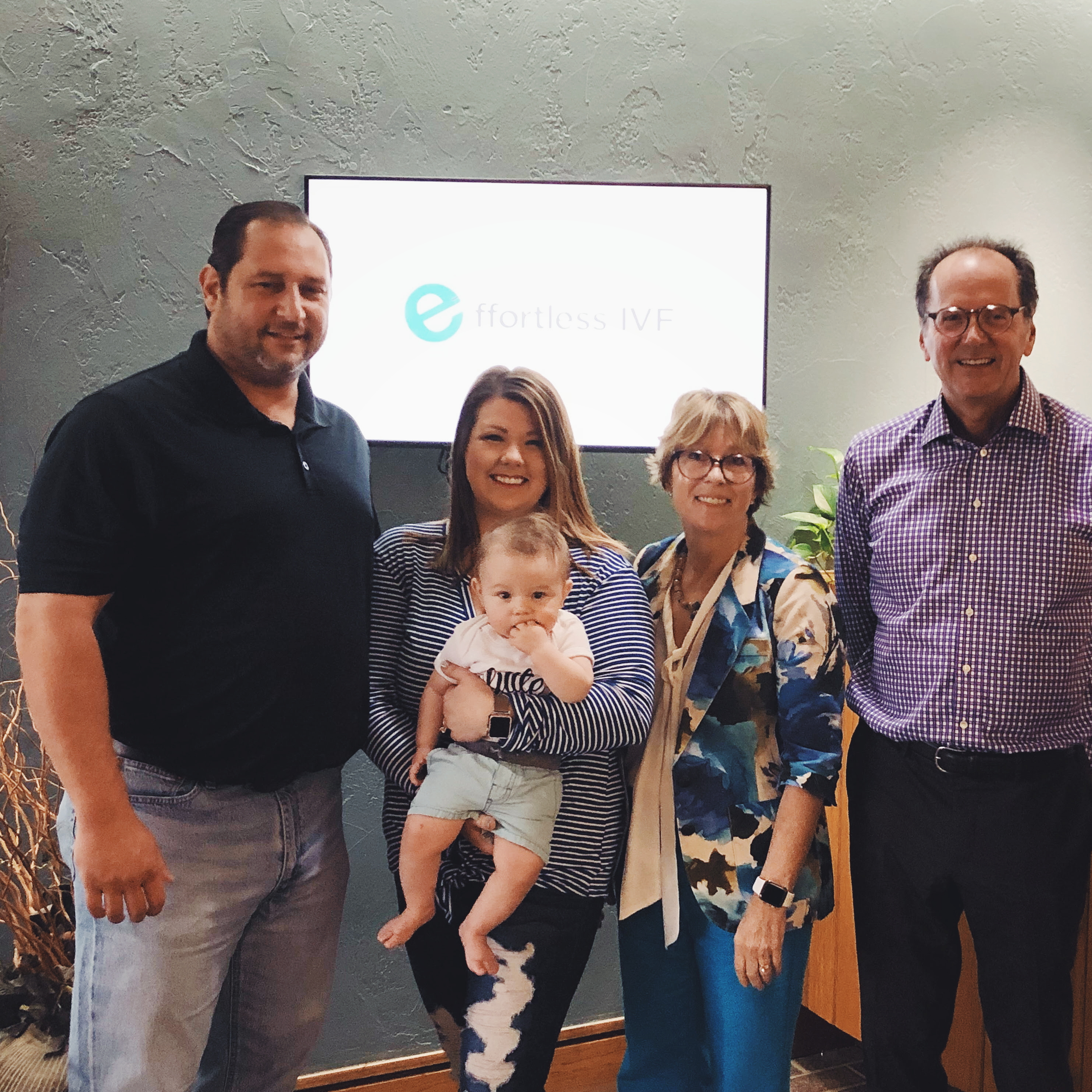 In 2016, Lacey and Ryan Ogden were hoping to build the family they’d always dreamed of. They’d had two children naturally and were trying for another when Lacey experienced an ectopic pregnancy that ultimately resulted in the loss of one of her fallopian tubes.

Still determined to get pregnant, the Ogdens kept trying and succeeded—only to endure a second ectopic pregnancy that would damage Lacey’s remaining fallopian tube. After a series of tests, the Ogdens were told that conventional IVF would be their only option. They were quoted $15,000 to $20,000 for the first round.

Here’s how the couple coped with infertility—and also happened to find an online community while they made their family complete by adding baby Ogden.

How did you find support and strength as you went through this journey?

Lacey: I feel like a lot of people thought that we had the perfect family. We had a boy and a girl, and nobody really understood us wanting to pursue more kids. So, I kind of kept it hidden and really utilized a lot of online resources. You can find groups for anything on Facebook, and that's where I turned. I really just jumped into some IVF groups and some INVOcell groups and started asking the questions that I wanted answered.

Ryan: I kind of bottled it in and internalized my grief and my frustrations a little bit more. But you have to be there for your wife, and it’s been really tough for her. All of us—myself included—would tell her, ‘It's going to be okay,’ and ‘We're going to figure this out.’ But nobody could know exactly what she was going through.

What motivated you to start looking for other options online?

Ryan: At that point in time we were pretty devastated, and there was some hopelessness. We had been thinking the whole time that there was at least one more person missing from our family. But we were determined; we kind of grieved for a few days, and then said, ‘Okay, well, we're going to figure out a way to get this done.’ That's when Lacey started getting online.

Lacey: We were quoted more than $15,000 for a round of IVF, and at that point we were starting a business. Let's be real. Who has that just sitting in their bank account? But when you have it in your heart for a baby, you'll do anything. Now that we've been a part of this infertility journey we've seen that people will take out mortgages, home equity loans—they will max out credit cards just trying to be able to afford IVF. I'm a researcher, and I went to the Internet looking for other options.

Ryan: As Lacey started doing her research, we were also looking at doing conventional IVF. We had obviously gotten the quote from our doctor here in Oklahoma City, and he said it would cost $15,000 to $18,000 and maybe even $20,000—and that's for a one-time shot. We checked our insurance; they didn't pay for it. So this was coming out of our pocket, and we had to figure out a way to get the money. Even if you do IVF the conventional way, you're only guaranteed just that one shot. If it doesn't work, then you have to start all over again.

What did you learn as you researched alternatives to conventional IVF?

Ryan: Me and Lacey, we've been married for almost ten years now. There come times where we both see something—like the house we live in or the business we started—and we're like, ‘Yes, that's what we want. That's what we're going to do.’ She came to me one evening pretty excited, and she said, ‘I’ve heard about this thing called effortless IVF. There’s a clinic down in Dallas.’ It was one of those moments, when I could see the optimism and the hope she had. I think the next day she called the Center for Assisted Reproduction (CARE) Fertility and scheduled a consultation. We went to Dallas a week later, and we met with Dr. Kathy Doody and she explained the whole process to us. We were sold. It made sense, not just from a financial standpoint but also because it felt like more of a natural process.

Lacey: She got out from behind her desk the first time we met in big stiletto shoes and I'm like, this is the girl for me. She just made us feel at home when we were there. It's so scary, and so many times I felt like things were weird or we weren’t supposed to be there. We had kids naturally, and sometimes I just couldn’t believe that we were going through this process. But we just kept taking it one step at a time, and it ended up being easy. They say it's effortless IVF. It really is. 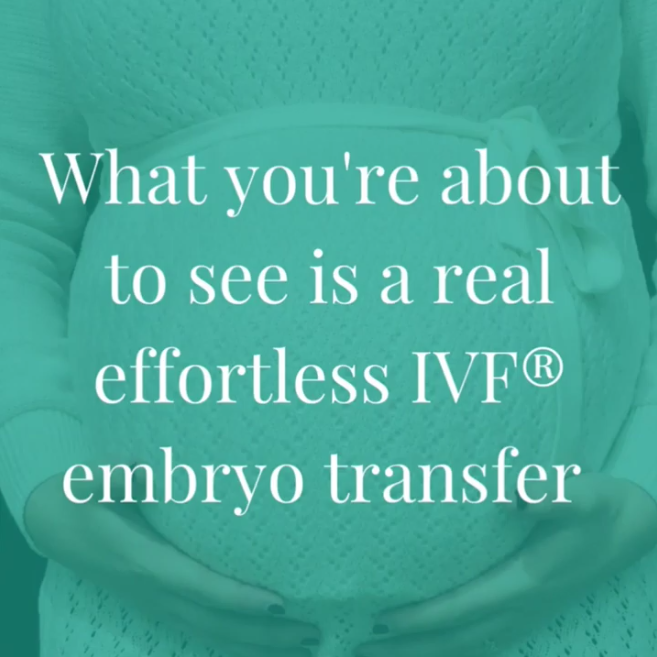 How did the communities you found both on social media and offline play a part in your experience?

Lacey: Even when we were going through the ectopic pregnancy, I was really open about what we were going through because it was a really challenging thing. I have had so many people reach out to me and say that they too are going through the same thing, and I've been able to be a resource to people online. For me to just say, ‘You are not alone. I hear you, and I feel what you are feeling. I'm here to listen to you,’ has been my step in just getting out there. It also helps to have doctors who not only have been in a similar position but are also trying to help people like yourself, because they actually care to be making groundbreaking moves in infertility and helping couples.

What do you want women who are struggling with infertility or considering effortless IVF to know?

What I hope everybody can take away from this is that the conventional way of doing IVF isn’t the only way; there’s new technology. If people out there have lost hope, there might be other answers out there. 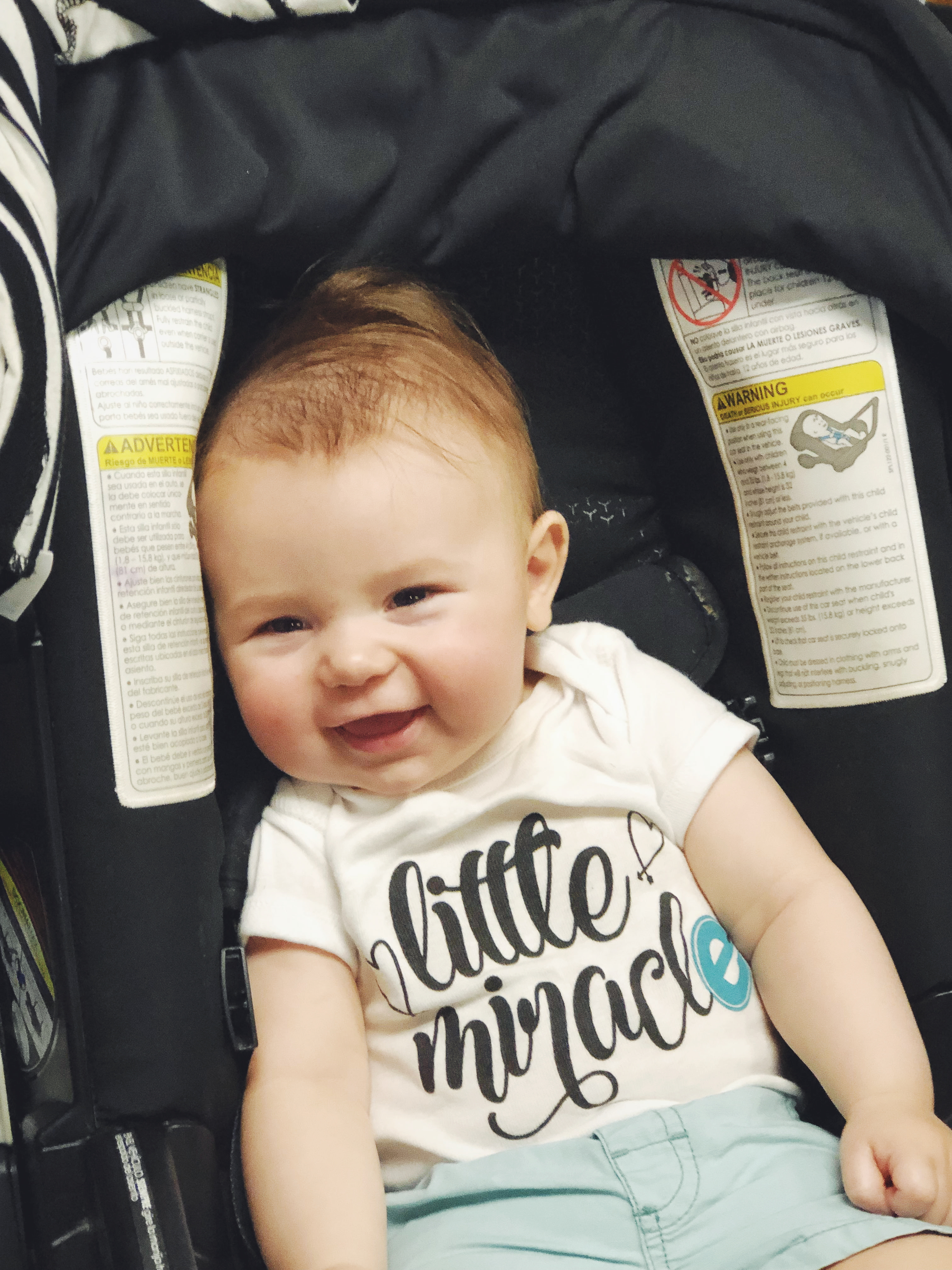