Q:  I was having a hard time coping after my mother's death last year, and my PCP put me on the antidepressant, Zoloft.  It really seemed to give me a lift, and I've stayed on it.  Now I am trying to get pregnant.  Are antidepressants safe to take during pregnancy? 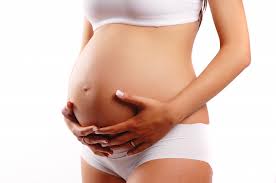 A:  In the past, physicians assumed that the use of selective serotonin re-uptake inhibitors (SSRIs such as Prozac, Zoloft, Celexa, Lexapro, Paxil, and Luvox) was safe during fertility treatment and pregnancy.  This opinion was based on the theory that SSRI use decreases depressive symptoms and will enhance the health and well-being of the mother and thus, also the health and well-being of the developing baby.  This is just a theory, however, and no definitive research study has found support for such an assumption.  On the other hand, there is mounting evidence that SSRIs should be prescribed with extreme caution during pregnancy due to their association with increased rates of:

The American Congress of Obstetrician and Gynecologists (ACOG) presently recommends that the use of SSRIs during pregnancy be individualized for each patient.  Although SSRIs are commonly prescribed for conditions like grief or stress, there are many psychological interventions that can reduce symptoms without the use of drugs.  Cognitive behavioral therapy (CBT) has been found to be more effective than SSRIs in the treatment of mild to moderate depression.  At CARE, we offer CBT and stress management training to help you handle difficult emotions without the potential risks associated with SSRI use.  If you are taking an antidepressant and plan to become pregnant, please consult with your physician.

For more information on antidepressants during pregnancy contact our Dallas office today.